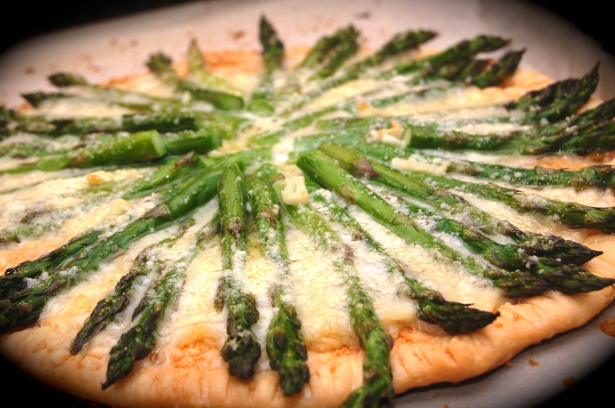 This recipe is so easy, it’s cheating. The original recipe used puff pastry, but I found the combination with the Gruyère, which is a very oily cheese, was just too greasy. So I opted for ready made pie crust. I am lazy and I buy pre-rolled pie crust rather than make my own. I’ll often use one crust for quiche, and then have another one hanging around the fridge for a long time. There’s only so often I can eat quiche. So I decided to make a tart with it instead:

Unroll the crust on parchment paper on a cookie sheet or pizza pan and fold the edges in slightly. Prebake for 10 minutes at 400 degrees, and allow to cool.

Sprinkle with Gruyère and arrange asparagus over the top. I cut it to different lengths so I could fill in the gaps. Arrange garlic over it. Brush with olive oil, and season with pepper. The original recipe called for salt, but between the crust and cheeses you really don’t need it.

Bake for 15-20 minutes until crust has browned and asparagus is just cooked and bright green.

This makes a great light dinner or a lovely side dish. 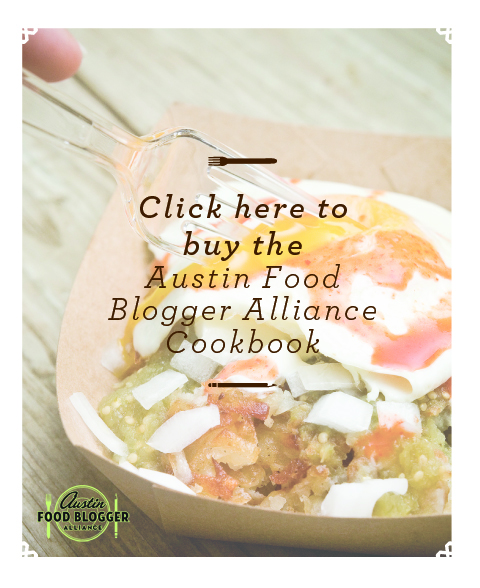 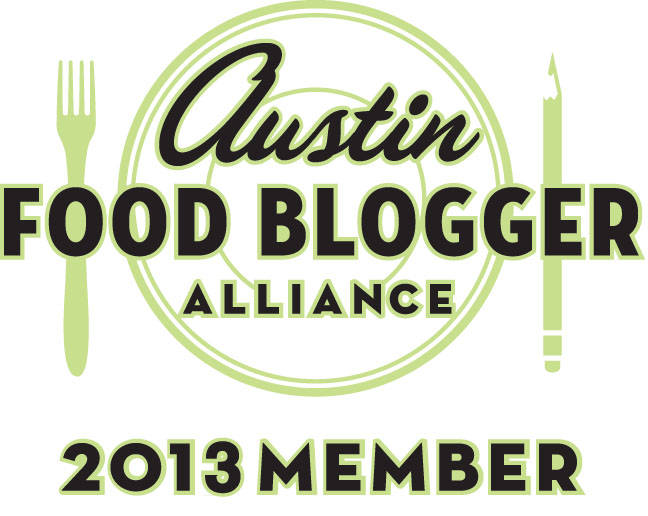